by iLoveBudapest / Tuesday, 14 May 2019 / Published in Budapest Attractions

The most northest Muslim pilgrimage place 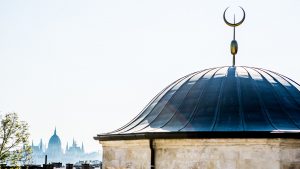 This tomb is one of the Budapest attractions. It was built in the 16th century and it is located on the Rose Hill, near the Buda part of the Margaret Bridge . So you can easily visit it after or before a pleasant cruise on the River Danube or a tour on the Margaret Island. This is the northernmost Muslim place of pilgrimage – and the only one in Christian Europe which is still working.

Who was Gül Baba? 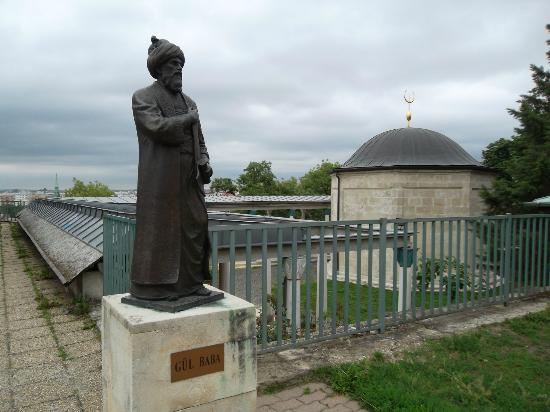 He was a dervish from the Bektashi Order which members were soldiers and Muslim monks at the same time. He was considered to be a kind-hearted man who made several good deeds. The Turkish occupied Buda in 1541, and Gül Baba was also in the army because he wanted to establish a Muslim monastery in the city. However, he couldn’t do this. After their victory, the Turkish celebrated a religious service in the Matthias Church which was transformed into a mosque. Gül Baba died during the ceremony on 2nd September. He was a respected man, so a solemn funeral was organized for him. Even the sultan, Sulejman I helped carry the coffin. Gül Baba was also called the “Father of roses” because he wore a rose on his turban.
Anyway, his character is a little bit mysterious. According to another, nice but not too realistic story, he was selling perfume and his roses were famous for their beauty.

The tomb was built between 1543 and 1548 by the third pasha in Buda; he was Mehmed Jahjapasazáde. The building stands on a stone tabouret and it is made of ashlars. Its floor map is octagonal and the entrance is found on the eastern side. The external frontage is plain. The tomb is roofed over a hemispherical cupola which is covered by lead.
Nowadays, the tomb itself is usually not visitable but you can see it through a grid. So you can flash a glance to the wooden coffin which is decorated by a turban and covered by blankets. A few roses always lie on it.

After the Turkish invasion

After the Christian army re-occupied Buda in 1686, the tomb became the property of the Jesuits. In 1861, Janos Wagner architect bought the lot and built a villa around the tomb. In 1914, the tomb was declared a monument. Excavations were also performed; the leader of the work was Lajos Barhucz. They found a 164 cm-tall skeleton of an older man who could be Gül Baba. However, the tomb has been working again as a Muslim place of pilgrimage from much earlier; there are sources about it from the 19th century. During the 2nd World War, the tomb survived the bombardment because the walls of the Wagner-villa protected it. At the end of the 20th century and the early 21st century, the building was renovated; this work was financed by the Hungarian and the Turkish state. 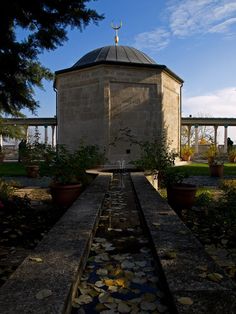 Why is it worth visiting?

If you visit the historical buildings in Budapest, do not miss Gül Baba’s tomb. It is not only a saint place for Muslims but also a cultural value. Are you interested in history or Muslim culture? Then you will surely love the exhibition which introduces Gül Baba’s life, the world of dervishes, or the Turkish age of Hungarian history. During the age of the Turkish invasion, there was a Turkish cemetery here. Nowadays some copies about the sometime turban-shaped tombstones remember us this. A wonderful garden also belongs to the building. Naturally, there are several roses there, but in recent years, lavenders and magnolias were planted, too. Moreover, there is an old Chestnut tree which is said to be planted by Janos Wagner in the 19th century. Before the latest renovation, the garden was a little bit wild but romantic, so all lovers adored it. After the rebuilt, it became more orderly but it is still beautiful. Especially in late spring and early summer, the garden offers a magnificent experience! In front of the tomb, there is a peristyle and also a terrace from which you can enjoy a great panorama. Before the entrance of the tomb, you can watch a nice statue of Gül Baba.