Széchenyi Chain Bridge, as the first permanent bridge between Buda and Pest

Széchenyi Chain Bridge or Chain Bridge is situated in Budapest, in the capital of Hungary. The bridge was the first permanent stone-bridge connecting Pest and Buda, and the second permanent crossing on the Danube. There has been a pontoon bridge on the river since the Middle Ages enabling passage from spring to autumn. During winter, the river froze making crossing impossible. There were times when the weather changed unexpectedly and people got stuck on one side. 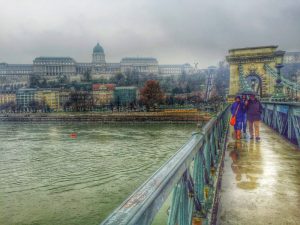 In 1820, this happened to Count István Széchenyi, when he had to wait one week to get to his father’s funeral to Vienna. This experience,  led him to decide that a permanent bridge had to be built to connect Pest and Buda side. Széchenyi, the Greatest Hungarian as he is called in Hungary, spent 50 years with managing the constructions. At first, in 1836 he commissioned an English engineer, called William Clark, who made the plans of the first suspension bridge in the Hungarian capital. The constructions of the bridge begun in 1842, when a Scotsman, called Adam Clark oversaw the works. Don’t be misunderstood; this Clark is only a namesake of the other one. The Chain Bridge Budapest is a larger scale version of William Clark’s earlier Marlow Bridge on the River Thames in Marlow, England. 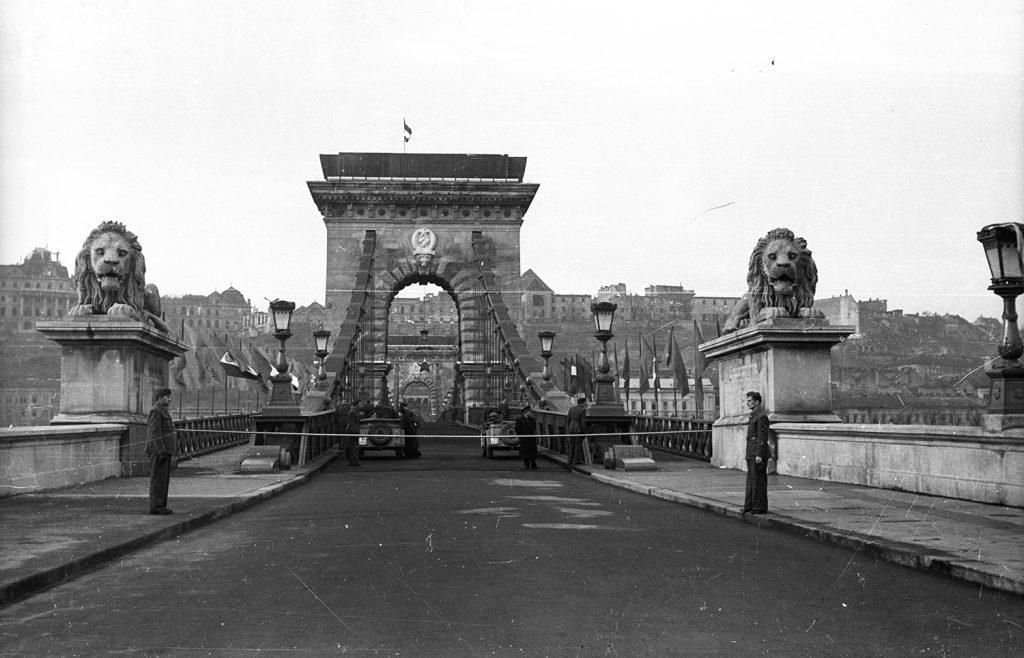 The constructions were finished during the 1848-49Revolution and War of Independence. The first walkers across the Chain Bridge were the soldiers of the Hungarian Army of Independence. Széchenyi couldn’t see that his dream came true, because he collapsed mentally before the end of the constructions in 1848. That was not enough, during World War II; German troops destroyed the bridge on the 18th of January in 1945. The renovations began in 1947 and in two years it was rebuilt in its original form. This is the bridge that we can see now. 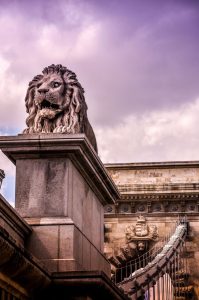 It is 375 meters long and 16 meters wide. It is open for pedestrians and for cars and trams also. This huge bridge weighs about 5200 tons held by two stone pillars. Tourists know the bridge mostly because of the two stunning statue lions situated as guards at both bridgeheads. According to the legend the sculptor of the lions, János Marschalko forgot to carve the lions’ tongues and one boy at the bridge’s opening ceremony made a comment about it so being ashamed Marschalko jumped right into the Danube from the bridge.
During the constructions, the Széchenyi Chain Bridge considered being one of the world’s wonders. However it hasn’t become a wonder, it is the symbol of Budapest. Crossing the bridge is just a short walk and no matter which direction you go, the view is beautiful, since you can see the Gellért hill on the left side if you walk from Pest to Buda. On the right side, you have a beautiful view of the Hungarian Parliament. On the Danube, direction North the next Bridge is the Margaret Bridge which connects pedestrians with the Margaret island and to the direction South the bridge in the neighborhood is the Elisabeth bridge. If you prefer to enjoy the sightseeing by visiting Budapest on the river, join our sightseeing cruises next to Elisabeth Bridge and discover the beauty of this city.
You shouldn’t miss visiting the bridge in the evening when it is all lit up. In the summer, festivals are held on the bridge almost every weekend. But where is the Chain Bridge? How can you get there? If you don’t want to walk, from Pest side you can take the tram number 2, which stops at the István Széchenyi Square (Széchenyi István tér) or if you are at Buda side, you should take the tram number 19 and get off at the Ádám Clark Square (Clark Ádám tér). The square at the Buda end of the bridge hosts one of the termini of the Buda Hill Funicular which takes you up to Buda Castle, from where you can enjoy a beautiful view of the panorama of Budapest including the Chain Bridge. So once you are in Budapest, you will have an unforgettable experience there.