If you’re interested in Hungarian history or just love imposing buildings, the district I. is a must-have region. The Fisherman’s Bastion is one of the most common tourist sights in the Hungarian capital city and, from 1987, it’s the part of the World Heritage.

What is the connection between the Bastion and the fishermen?

In the medieval ages, Budapest was protected by walls. One part of this wall was guarded by the guild of the fishermen.

The Budapest Fisherman’s Bastion designed by Frigyes Schulek was built between 1895 and 1902. At that time, rethinking of old art ages was fashionable so this bastion was created in neo-roman style. Similar to several other buildings in Budapest, it needed some renovations right after the 2nd world war. That work was led by Frigyes Schulek’s son, János. The last renovation was in 1990. 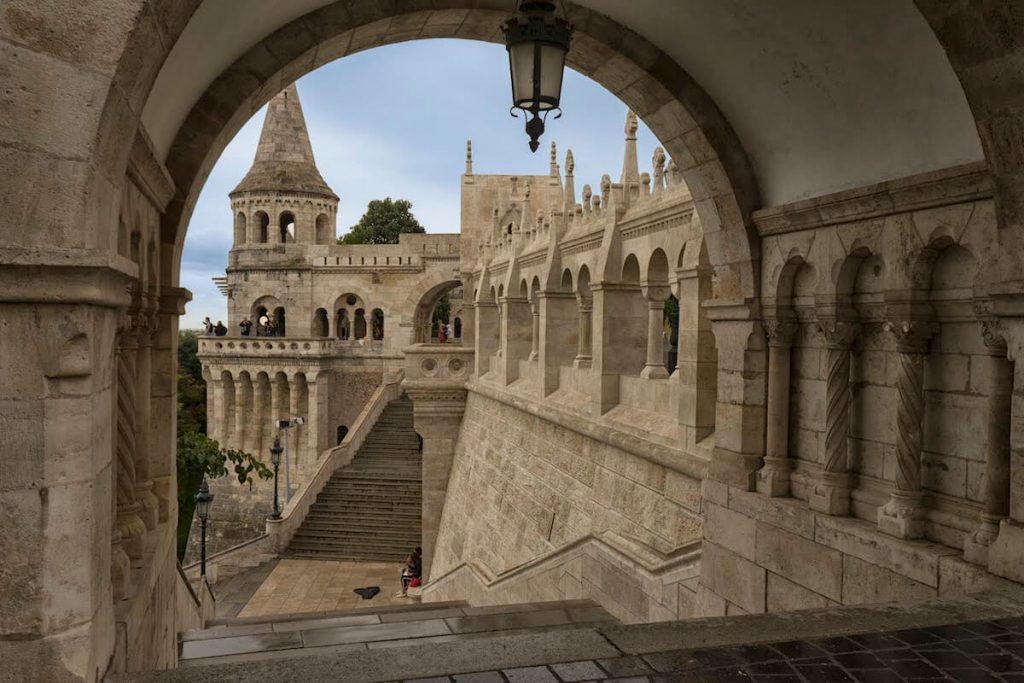 A special terrace is guarded by little bastions with conical tops. From here, visitors can enjoy a magnificent view even to the other side of the River Danube, where the Hungarian Parliament shows its monumental building. Another terrace is below the main tower, which is decorated by statues of chiefs Előd and Álmos, a lion which holds a blazon, and an open-mouthed dragon. There is a further balcony from which you can see the Matthias church.

A memento of the Hungarian Conquest

As some buildings which were built at the end of the 19th century, the Fisherman’s Bastion was also designed for the millennium of the Hungarian Conquest. From that age, there are seven legendary chiefs who are symbolized by the seven peaked towers of the bastion. Their statutes with other fighters from the age of the Conquest stand in the niches of the imposing stairs. Some of them were made by Ferenc Mikula.

The building consists of three main and multiple minor parts which create a harmonic view together. The major parts are the followings: the stairs, the southern and northern bastions with their corridors, and the southern court with the statue of King Stephan who founded the Hungarian state.

The oldest item of the Bastion

The owner of this honorific title is a lion’s relief which was created in the early Hungarian Middle Ages. This stone great cat was found during the earthworks and originally was the part of a Roman-styled church. This old church was destroyed hundreds before that but the relief was built into the representative lower gate of the stairs of Fisherman’s Bastion. These stairs are made of granite and look plain, apart from the barrier which characteristic, inwrought decoration shows the features of the Roman style. Some of the stairs are even 8 meters wide! 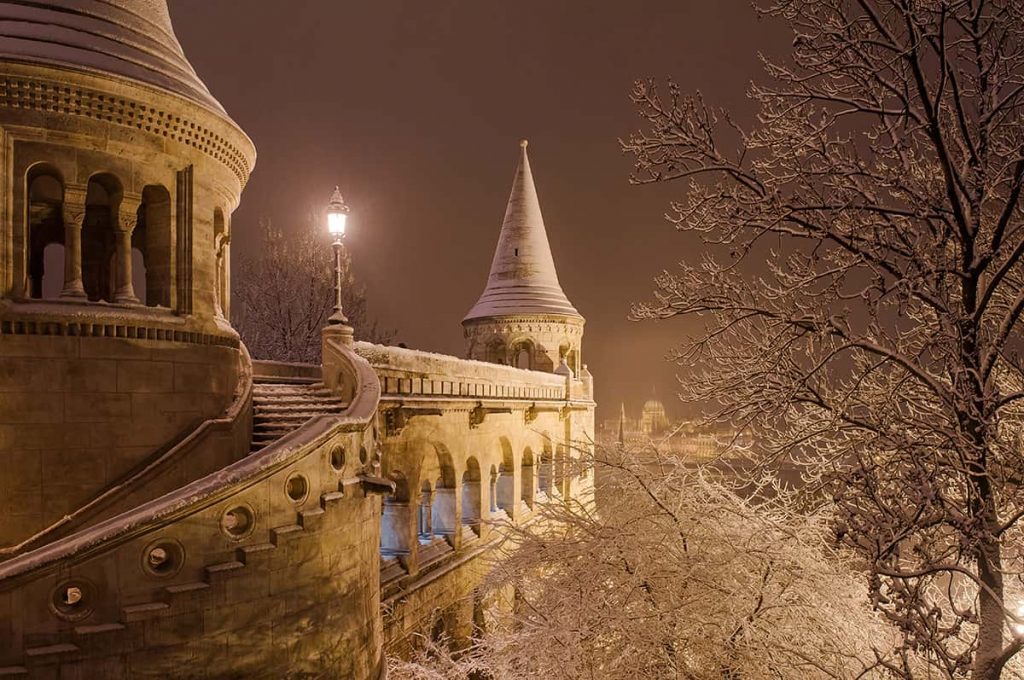 Frigyes Schulek imagined a covered dome hall around the statue of King Stephen but this idea was found too expensive. So the statue received no building around itself. It was designed by Alajos Strobl from 1898 to 1903. The disclosure of the masterpiece was performed only three years later, on the 21st of May in 1906. On that morning, a ceremonial mass was celebrated in the Matthias church. Actually, it was the first disclosure. After that, the statue was sanctified and the hood was put onto it again. The second and official disclosure happened in the afternoon, in the presence of the king, Franz Joseph.

Visitors can adore the statue of János Hunyadi who had a great role in the wars against the Turkish in the 15th century. The statue portrays him in armor and with a helmet on his head which is decorated by crow-wings.
The statue of Saint Georges made by the Kolozsvári brothers in 1373 is the best-known item of the Hungarian Gothic art. In the Fisherman’s Bastion, you can adore a copy of the original work which can be seen in the Castle of Prague. This solider-saint is famous for killing a terrible dragon.
In the 13th century, two monks called Gregorianus and Julianus wanted to find the relatives of Hungarian on the Eastern Steppe. They found a group who spoke Hungarian more or less, but they got also terrible news about the preparations of the Tatar invasion. Károly Antal portrayed them decades after the opening of the Fisherman’s Bastion. This bronze statue was placed there in 1937. 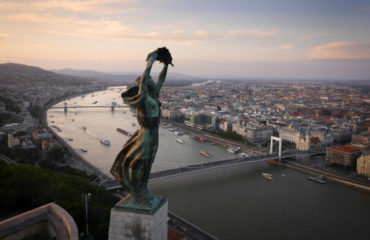