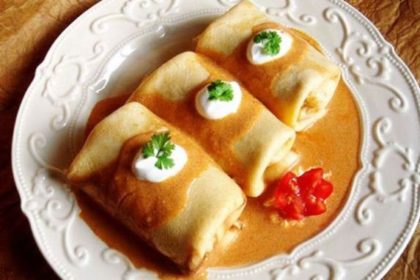 Hortobagy pancake, the taste of the Hungarian Puszta

What is the connection between the hortobagy pancake (Hortobágyi palacsinta) and the famous Hungarian region called Hortobágy? 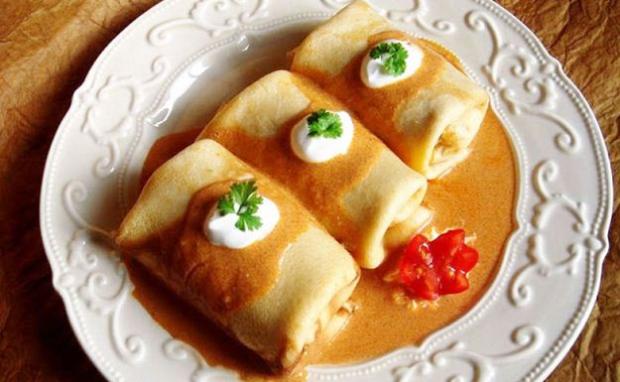 In fact, nothing. The orotund name is a simple trick of marketing: the chef hoped that it would make the dish more popular in the World Fair in Brussels, in 1958. Hortobagy pancake was born in Debrecen, more exactly, in the restaurant of a hotel called GoldBull.
Although nowadays pancake is mostly considered a dessert, originally it was filled with meat such as beef, pork, or chicken. Even the ancient Romans ate dishes like this. The ancient version which was made from flour, water and salt was typical food of the legionaries. In Hungary, the meaty type became popular in the 16th century. Nowadays, the dough of the Hungarian pancake is quite thin, and it contains eggs, water, milk, salt, and sugar. Usually, it’s served as a dessert but there are still some interesting meaty recipes, too. The best-known of them is called Hortobágyi pancake which is filled with some stew.
According to original recipes, it was filled with beef stew but recently many chefs use rather chicken. Especially, the thigh of the chicken because this part is juicier than the others. Apart from the meat, what is the trick of making a good Hortobágy pancake? Firstly, good seasoning is very important. Besides the essential Hungarian red pepper (paprika), garlic, tomato, pepper, mustard (only a very little!), or caraway-seeds have also a significant role.
The ready food is sprinkled with some sour cream which mustn’t contain any nods. The last phase of baking is the ’browning’. Nowadays there’re multiple variations of this food, for example, you can mix some flour or further seasons into the gravy. In this way, the taste will be more intense.
Sweet pancakes are usually rolled up but Hortobágy version is not. It’s folded into four so it’s similar to a traditional bag, then some gravy is poured onto it. Finally, it can be decorated with some extra sour cream, parsleys, or grated cheese. 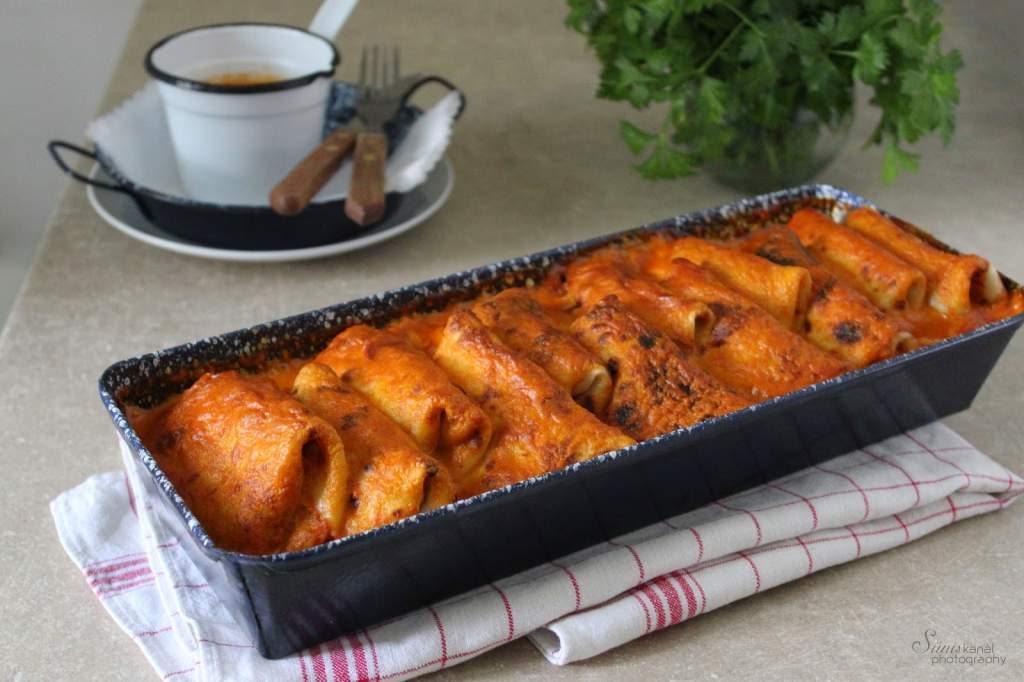 For some years, the fame of the Hortobágy pancake wasn’t very good because several recipe books made for housewives recommended using the overleft to make Hortobagy pancake. Fortunately, this sparing solution isn’t common in restaurants any more, so you can order this Hungarian specialty without any worries.
To enhance the pleasure, we recommend drinking some Eger Bikaver which is a high-quality and famous Hungarian red wine.

It’s a region of Hungary and also a common aim of the tourists. It’s a puszta which is a characteristic dry plain in Hungary. The memories of the old historical world of outlaws (in Hungarian, they’re called betyár), shepherds and horsemen attract several visitors. Hungarian Horseman Show is an unforgettable memory! Riders who wear traditional costumes perform amazing spectacles, for example, they stand on the backs of two horses while they drive three others at the same time! Most of the land is the part of the Hortobágy National Park where tourists can see interesting areas such as licks, salt marsh, loess puszta, floodplains, or oak woods. Among animals, cranes are the top sights. Moreover, lucky visitors may see carnivorous birds like saker falcon or Eastern imperial eagle. We should also mention the (semi)-domesticated animals. Groups of Hungarian Greys, Hortobagy Racka Sheeps, Mangalitza pigs, or Nonius horses are essential parts of the Hortobagy panorama.

If we talk about Hungarian pancakes, we mustn’t forget about Gundel-pancake. In contrast with the Hortobágyi version, it’s a dessert but it’s also served in a folded form.
A wife of a famous Hungarian writer called Sándor Márai invented it. She was Lola Matzner. According to the legend, she and her husband celebrated the premiere of a play written by Márai in the Gundel Restaurant, where Lola made her own dessert. Károly Gundel, who was the leader of the restaurant, liked it very much. Since then, the Márai pancake was on the menu. Later, after the emigration of the Márai married couple, their name was forbidden even in the menu. However, the legendary dessert stayed but its name changed to Gundel. It is filled with sultanas, walnut, grated skin of a lemon, and rum. Finally, it’s sprinkled some chocolate&vanilla cream. 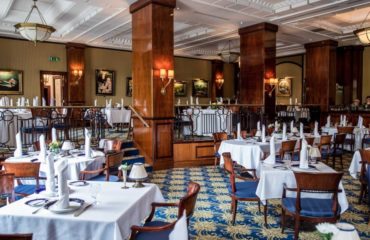 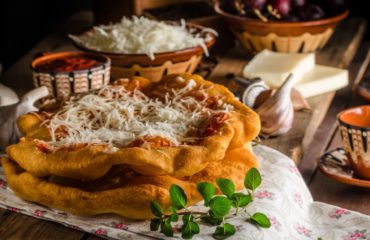