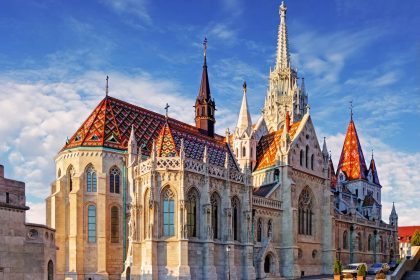 A historical building along the Danube River

This representative Roman Catholic church is located on the Holy Trinity Square which is in the 1. district. This region of the Hungarian capital city is also known as Buda Castle District where several historical buildings can be found. For example, the Fisherman’s Bastion which is very near to this church.

St Matthias Church had an important role in the Hungarian history and also in the Budapest history.

According to some legends, it was built by King Stephen I (Also known as St Stephen, who was the first King of Hungary. On St. Stephen’s Day, which is on the 20th of August Hungarian people celebrate the foundation of the Hungarian state with all day long festivities and with the greatest firework of the year, which takes place above the Danube River) but there are neither reliable written sources nor archeological evidence about it. However, some historians say that it was probably built before the Mongol invasion. Originally, it was built in Romanesque style, but in the 14th century, it was rebuilt in Gothic style, according to the fashion of the century. This work was initiated by Louis the Great (or King Louis I.) and was continued by King Sigismund Luxemburg. The St Matthias Church was the seventh largest church of medieval Hungary. 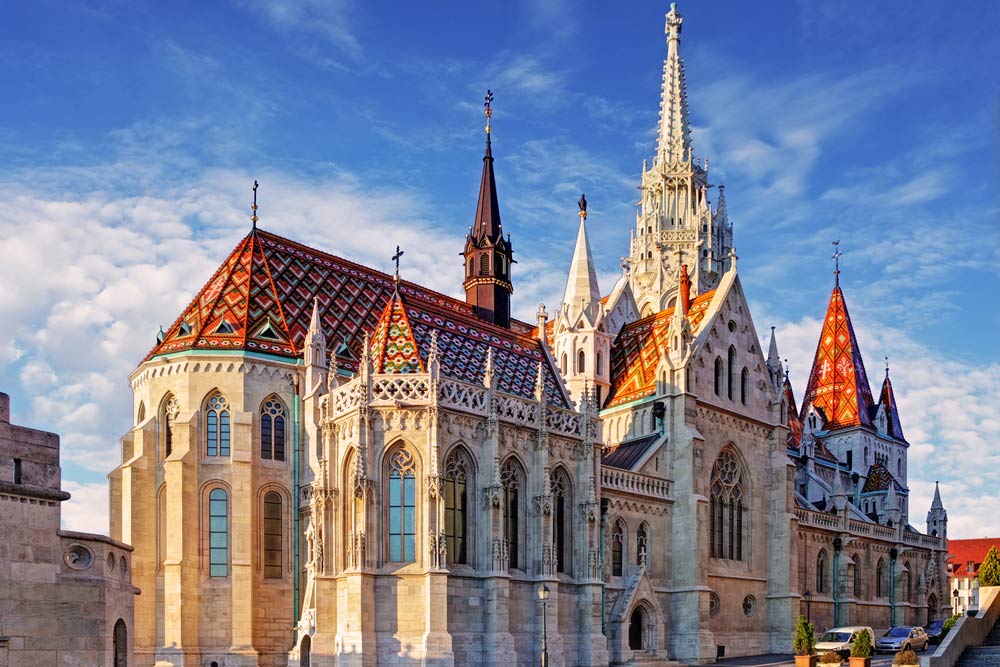 In the next century, the church received a beautiful bell tower; thanks to King Mathias, who was one of the most bellowed kings in the Hungarian history. Nowadays, we can see the shape of the original tower but it is not the original one actually because all stones had to be changed. During the Turkish invasion, it was slightly damaged but not destroyed completely because Turkish used it as a mosque. It was named the Old Mosque or ‘Eszki Dzsami’. In the 17th and 18th century firstly the Franciscans, later the Jesuits used the church. The first written source is the epigraph on the new main altar founded by the current Palatine called Pál Eszterházy. It was made in 1690. In the 19th and the very early 20th century, the church was the location of the coronation ceremonies of two royal couples. They were King Franz Joseph and Elisabeth (also known as Sissy) and King Charles IV and Zita. In the 19th century, it was renovated by Frigyes Schulek and after the 2nd world war, it needed renovation again. For his merits, he got the Pro Urbe Budapest Award. The church has 7 bells; the oldest one is made in 1723 and named for the Holy Trinity.

Grenade in the church

As we mentioned before, the St. Matthias Church was seriously damaged during the 2nd World War. Probably during the war, a grenade was wedged next to the tower. In 1948, it was fortunately discovered, and on the day of Maundy Thursday, Antal Török Colonel Firefighter brought it down in his lap.

The whole height of the building is 76,57 m (from the level of the sidewalk). It sounds really imposing! From its renovation in 1894, only privileged people could visit the church, but after its newest restoration, everyone can get in. Actually, the lower circle balcony of its tower has been opened for guests. It is 46,73 m high. This balcony provides an amazing view of the city but if you would like to enjoy it, you must work hard for it because you must climb up 197 stairs. Cardio-training in a historical way, isn’t it? Up to 15 guests can visit the tower simultaneously.
Seeing the whole city under your feet is an amazing experience! From this special balcony, you can see the city with mountains in the background, the River Danube, and some important sights of Budapest. For example, the Building of the Hungarian Parliament. You can adore its side which views to the river. This aspect is the best beautiful; usually, it can be seen on postcards, too.
Concerts are usually organized in the St Matthias church Budapest during the whole year. The music and the wonderful building together offer an unforgettable memory to you! 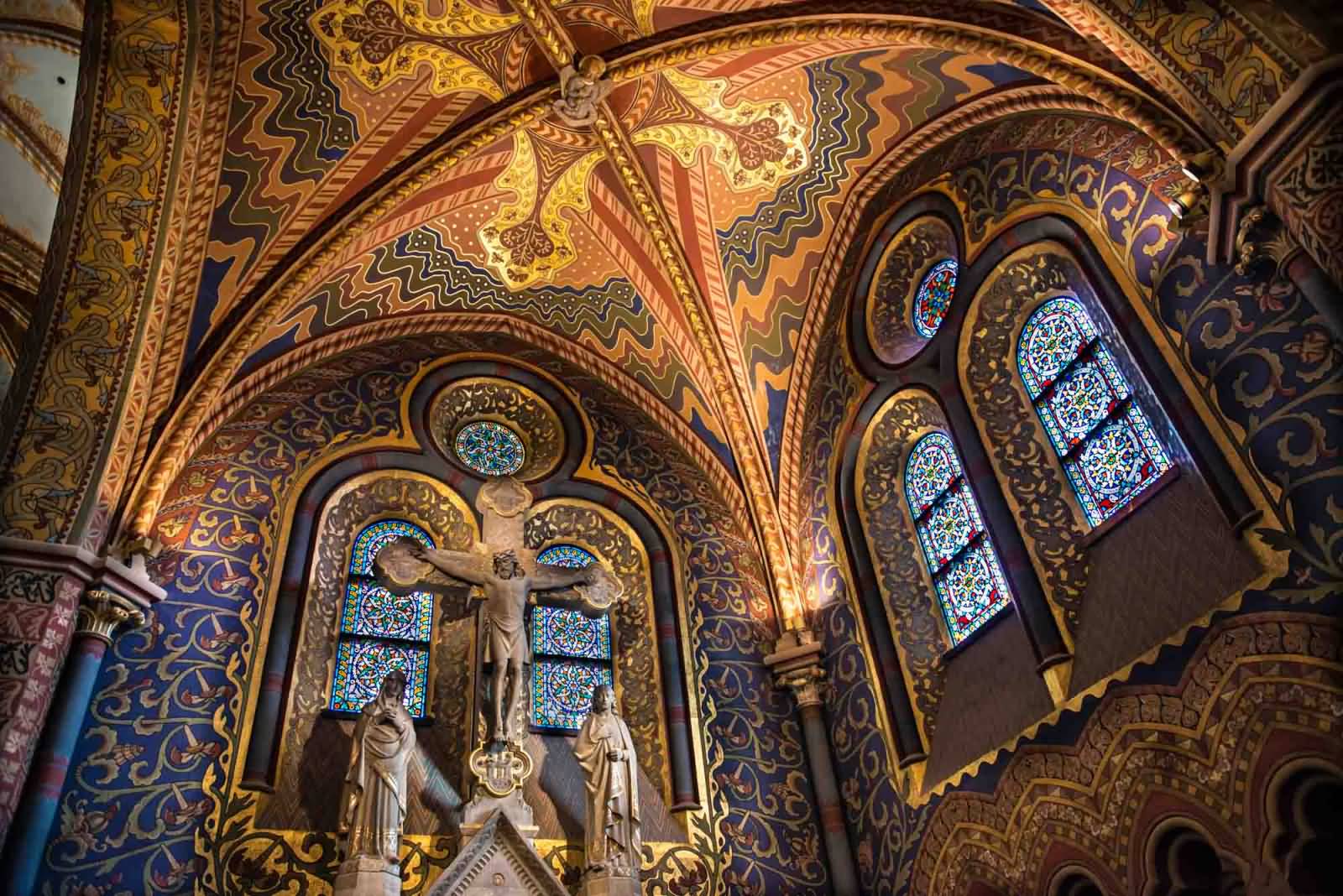 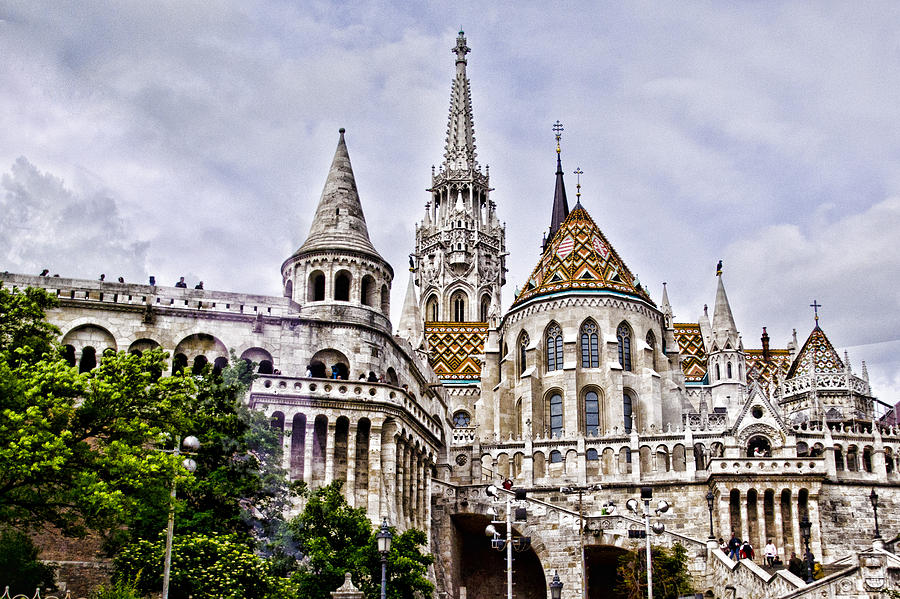 This other imposing building is one of the best examples of Hungarian Eclecticism and it shows Neo-Roman features. It is nearly in front of the St. Mathias Church. The Bastian was designed by Frigyes Schulek and it was build between 1895 and 1902, as the part of the celebrations organized on the millennium of the Hungarian Conquest. Its peaked stone towers symbolize the seven chiefs of the Hungarians round 895. The building was built on the place of the old castle wall. The name’s origin is the following: in the medieval ages, that phase of the wall was protected by the fishermen’s guild. This place is one of the most famous spots of Budapest for taking pictures, since the arcades are perfect background for romantic or sunset pictures (or romantic pictures in sunset – you can find here timetable of Budapest), even some foreigner artist was inspired by the view of this Fisherman’s Bastion and music videos, movie scenes were created here to get the perfect look.
If you want to enjoy an even more spectacular view of the city center, visit one of our Danube river cruises or Dinner cruises in Budapest while your visit and get a memorable touch of the great atmosphere of this amazing capital.