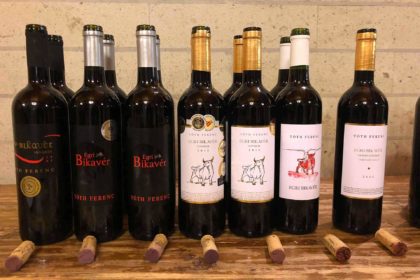 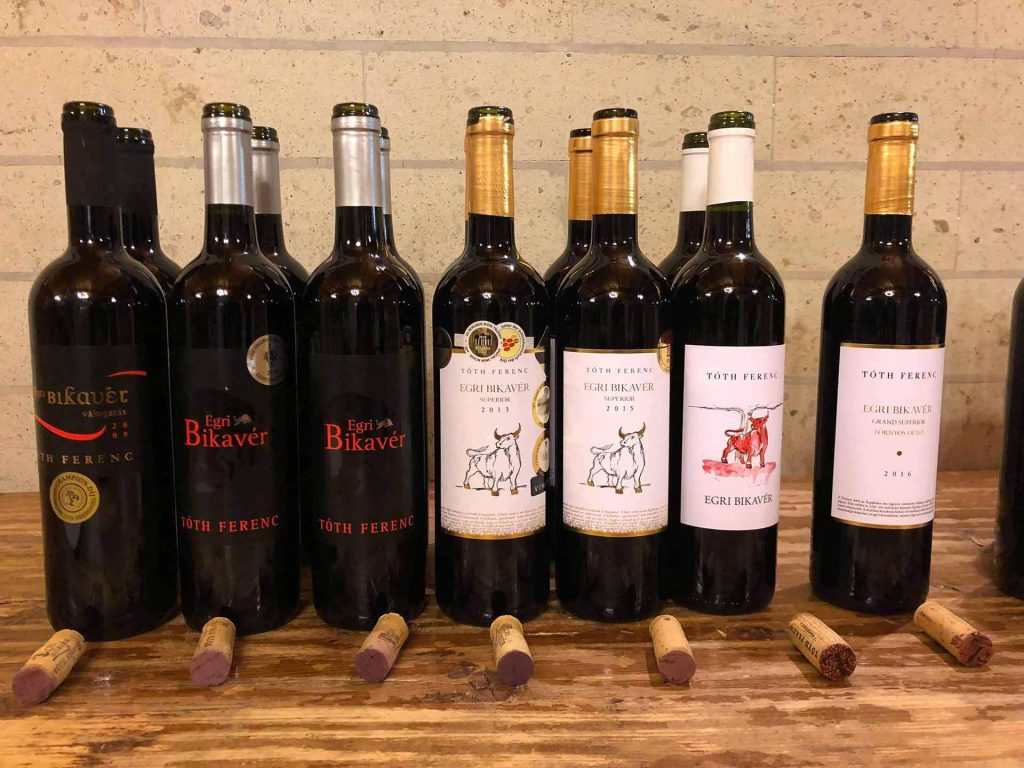 Bull’s Blood of Eger, one of the most famous wine of Hungary

Hungarian cuisine is famous for tasty but often greasy dishes copiously seasoned by red pepper and high-quality wines. You can find 22 wine regions in the country! Hungarian wines are loved both by the Hungarians and foreigners. They have a great role among exported products of the country.
Eger is one of these 22 wine regions and it has a great history: people have been dealing with wine-producing from the 11th century. It’s located in the north-eastern part of the country that is one of the driest and coolest wine region of Hungary. In the north, Bükk mountains protect it from the cold air. The (west-)southern slopes are ideal for red wines.

How is Egri bikaver made?

Actually, it’s a cuvée – this fancy French-like expression means that the wine is made of two or three types of blue grapes. A very important rule that none of them can play a dominant role! Do you know some of the most common species of grapes? They are called blue Medoc, cabernet franc, cabernet sauvignon, cadarca, harslevelu, merlot, or Zweigelt. It’s also worth knowing a few of the most famous producers: Heimann, Halmosi, or Ribling.
This Hungarian wine must be ripened in wooden casks for long months. It can be seld only after the 1st of November in the year following the harvest of grapes. Before that, a previous qualification is necessary. 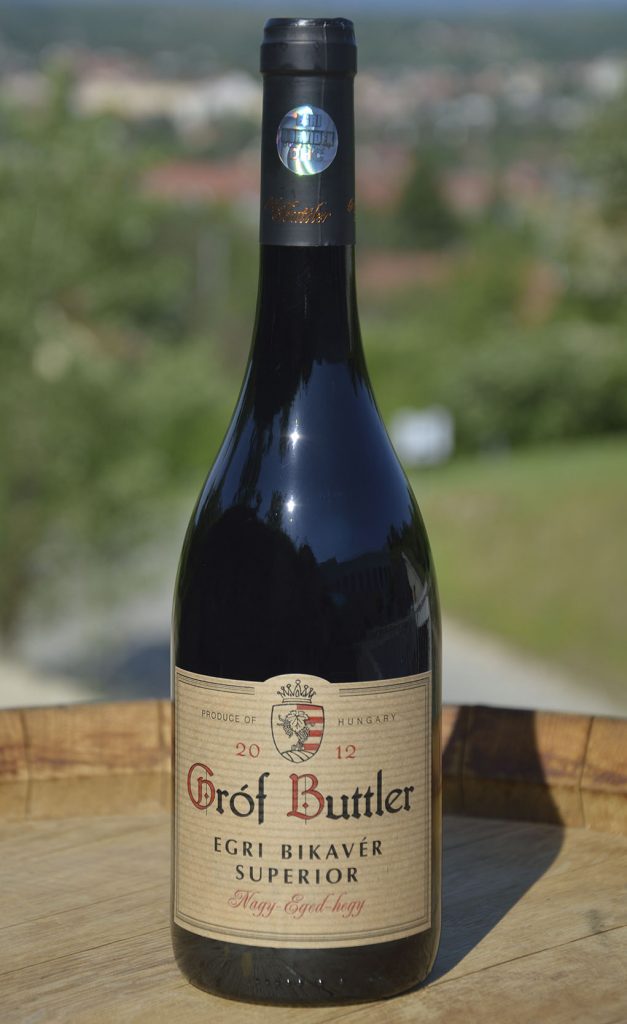 Have you ever feel embarrassed because you don’t know the correct technique of clinking? Are you afraid of breaking the glass? If broken pieces of glass and elegant dresses covered with red wine have ever occurred in your nightmares, these pieces of advice are just for you! To hear the long tinkling of your glass, you should clink it to the other glass at the third part of it. The diameter of the glass is the greatest here.
The other rule might be even more essential: you should look into your partner’s eye during clinking your glasses. If several people sit around the table, raising up of the glass is enough but eye contact is still important.
By the way, do you know the origin of this habit? There are interesting explanations. The best-known one says that our ancients wanted to frighten the evil ghosts. Another story states that in the middle ages poisoning was a common method of homicide. But during clinking, few drops of wine may come to the other people’s glass… so this habit made poisoning a rather unsafe activity for everyone around the table.

In the 16th and 17th century, Turkish invaded a great part of Hungary. However, heroes of several fortresses resisted them; and the great siege of Eger in 1552 is one of the most famous fights. According to a legend, István Dobó, the captain of the fortress, gave this wine to the Hungarian soldiers who regained their martial mood due to the noble drink. Turkish were frightened as they saw the ruby fluid trickling from the towers. They considered this magic drink cannot be else than the blood of bulls.
Unfortunately, this great legend is surely not true because the history of this wine is only 150 or 130 years long. Originally, cadarca had the greatest role in making Egri bikavér but the phylloxera and world wars caused several changes. 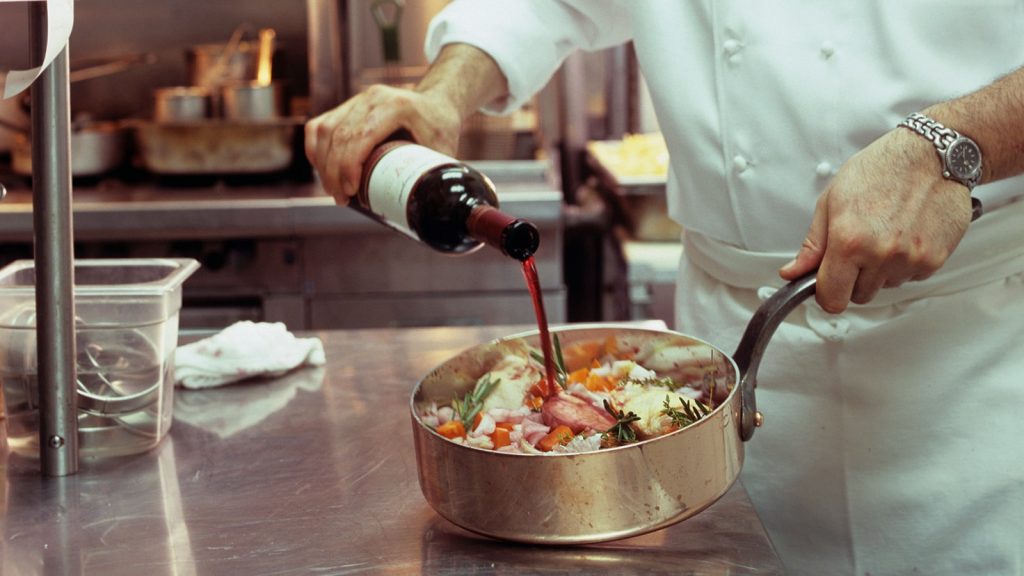 First of all, Egri bikavér has a wonderful red color which can change from the garnet-red to the ruby. It’s a dry type of wine with rich fruity and spicy savor. In its taste, tannin is not dominant at all.

For what kind of dishes is it recommended?

It is best at the temperature between 15 and 17 C. Egri bikavér is an ideal choice for the dishes of Hungarian cuisine. For example, this high-quality red wine enhances the taste of beef or pork stew, paprikash, or goulash. However, we also recommend it to any dishes made of game. Most people think that fish dishes require only white wine but the spicy fish soup may suit to red wine, too. There’s another basic advice which should be considered. If you cook with wine, drink the same wine for the meal. 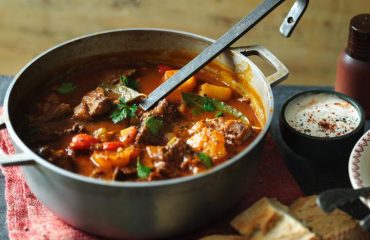 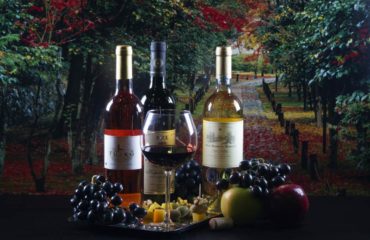