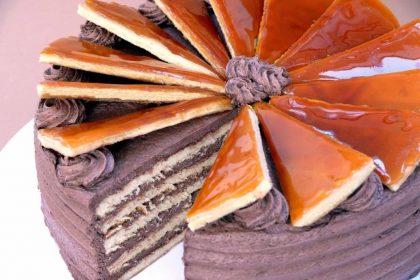 The real Hungarian Dobos cake that conquered the world

If you should enumerate some characteristic dishes from Hungarian cuisine, probably you will mention some spicy food with lots of paprika such as fish soup, goulash, or chicken paprikash. Although Hungarian desserts are not so famous as some main courses, they are truly delicious, so it is worth tasting them. If you choose only one, choose Dobos cake! 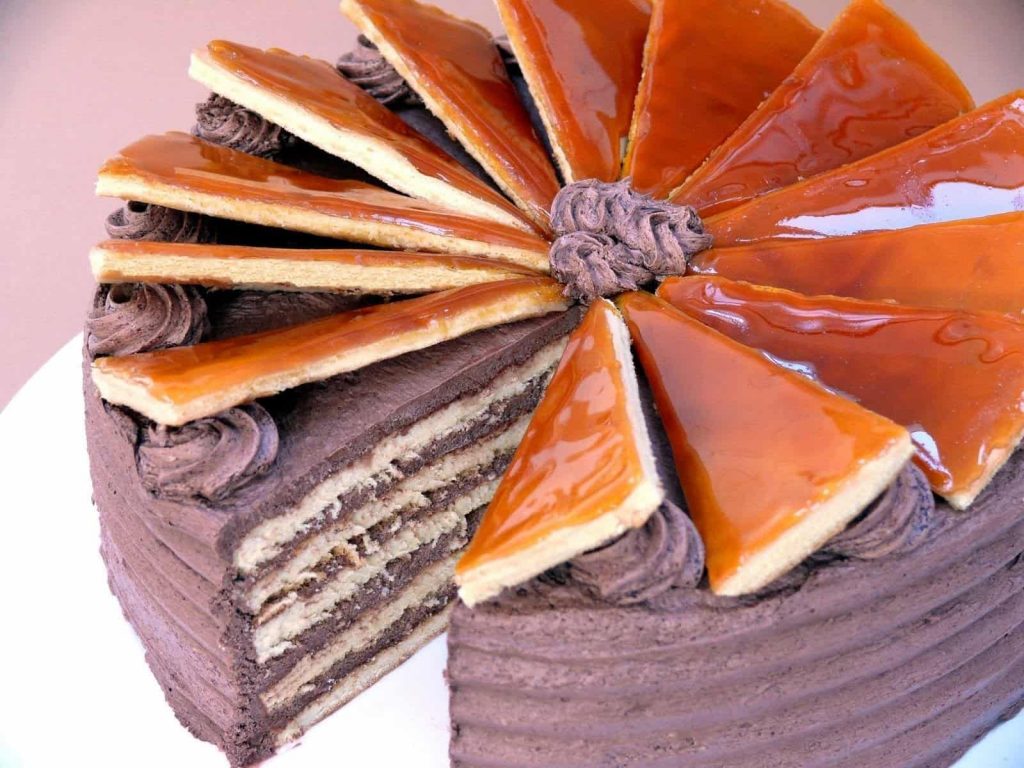 What is the story of this dessert?

This kind of cake was invented in 1884 by József C. Dobos who was a pastry cook in Budapest. He said that he had wanted to create a cake which could be storable and enjoyable for a long time despite the imperfect cooling technique of his age.

The newly created cake was shown first in 1885 at the Budapest National General Exhibition where really important persons tasted it, such as Franz Joseph king and emperor and his wife, Elisabeth (also known as Sissy).Hungarian Dobos cake was different from the other cakes of that age. While almost every cake was full of frippery and had several storeys, this Hungarian cake was much simpler but quite elegant. It contained buttercream which was a unique ingredient at the end of the 19th century because other confectioners used brewed cream and whipped cream before this invention. Both the buttercream with some chocolate and the composition of the sponge cake were the own ideas of József Dobos. According to the legend, an accidental event inspired him. The boy who churned the butter put involuntary some sugar into the vessel instead of salt. Dobos didn’t discard this ‘crocked’ cream but created something fantastic from it!

After its debut, the new dessert started to conquer the world – and it was unbelievably successful! Dobos traveled all over Europe to introduce his cake to the public. The cake was transported on chariots, among salted ice. During his active years, József Dobos served the secret of the recipe carefully. However, when he decided to retire himself in 1906, he gave it to the Pastry and Gingerbread Guild of the Capital City and let any members use it freely.

Nowadays Hungarian Dobos cake is known all over the world, and its recipe has more than 100 variations. But one feature is surely common: on the top of the dessert, there is the characteristic auburn cap made of caramelized sugar.

Dobos as a gastronomy writer

He was not only a brilliant pastry chef but also a talented writer in the field of gastronomy. He wrote multiple books but the best-known one was published in 1881. It was a bilingual cookbook which contains French and Hungarian food; all recipes are shown in both languages. He used lots of vegetables made in several and sophisticated ways. This book introduced important expressions such as cutlet or pommes-frites into the Hungarian literature of gastronomy and made sauces and dressings popular and essential parts of some dishes.

What kind of drink is recommended for Dobos cake?

If you choose a good coffee, you won’t be upset. Moreover, we recommend you to visit a traditional, imposing café in Budapest. The life in cafés was the part of the Hungarian culture at the end of the 19th century. They had a very similar role than the literary salons in Paris at the same time. So visit one of them, order a piece of Dobos and a cup of coffee, and imagine yourself among the bohemian but talented artists…

If we have mentioned bohemian life, wines must not be forgotten. Hungarian wines are really various, and some of them are recommended for desserts. Primarily white wines (such as Tokaji) are suitable for this purpose. Probably Tokaji is the best-known Hungarian wine which characteristic taste is caused by a special grey fungus called Botrytis cinerea. The process which it causes is called noble rot. An old rule says that only dessert wines can be served besides desserts. It can help our choice but nowadays we don’t have to satisfy this norm. However, only one thing is truly important: the wine must always be sweeter than the dessert. So you could even try some sweet red wine or fruit wine.

The competitors of the Dobos torte

Every year on St Stephens day there is a competition between pastry cooks, which takes place in Budapest and organized by the Association of Hungarian Confectionery Manufacturer with the cooperation of One Drop Attention Foundation to find the best traditional cake in Hungary. It is called “Hungarian cake of the year” or “The Birthday Cake of Hungary” the occasion is the national holiday on 20 August in Hungary, which is basically the birthday of Hungary or with other words the State Foundation Day of Hungary. Hungarian people -all around the country- celebrate during the whole day and the highlight of this the celebration is the national firework in the middle of Budapest. Thousands of people are waiting for hours to find the best spots to adore this colorful firework. If you want to be a part of it, join us on one of our firework dinner cruises with a live piano show or with traditional Hungarian folklore and operetta show and let yourself enjoy this unique evening on the middle of the Danube river, with the perfect view to the firework and the building of the Hungarian Parliament. 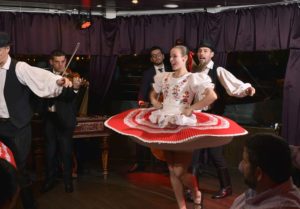 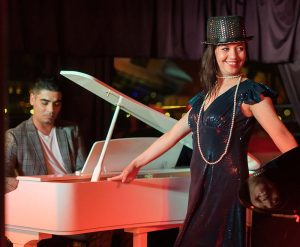 At the end of this competition the winning cake’s specialty is shared with the general public, so you can try it all around the country. 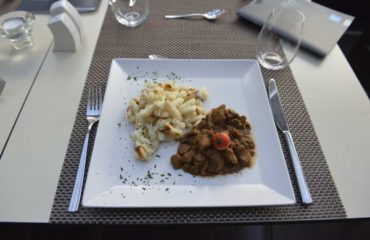