What do Hungarians celebrate on 20th of August?

by iLoveBudapest / Wednesday, 08 May 2019 / Published in Holidays in Hungary 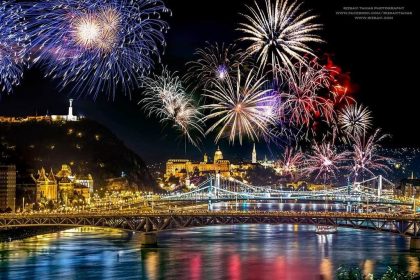 One of the greatest national holiday of Hungary

If you visit Hungary, no matter which season you come, there are always many interesting programs to visit since there are plenty of national holiday that are celebrated in Hungary. The summer months are always more exciting, you can spend more time outdoors. Plenty of festivals and waterfront activities await the curious tourists and of course local people too.

At the beginning of the New Year, every inhabitant in Hungary checks the calendar for the so-called “red letter” days, because they know that they don’t have to work on those days. These days are both public holidays and religious holidays. But like every nation, Hungarians’ have their national holidays too which are sometimes connected with really interesting superstitions. 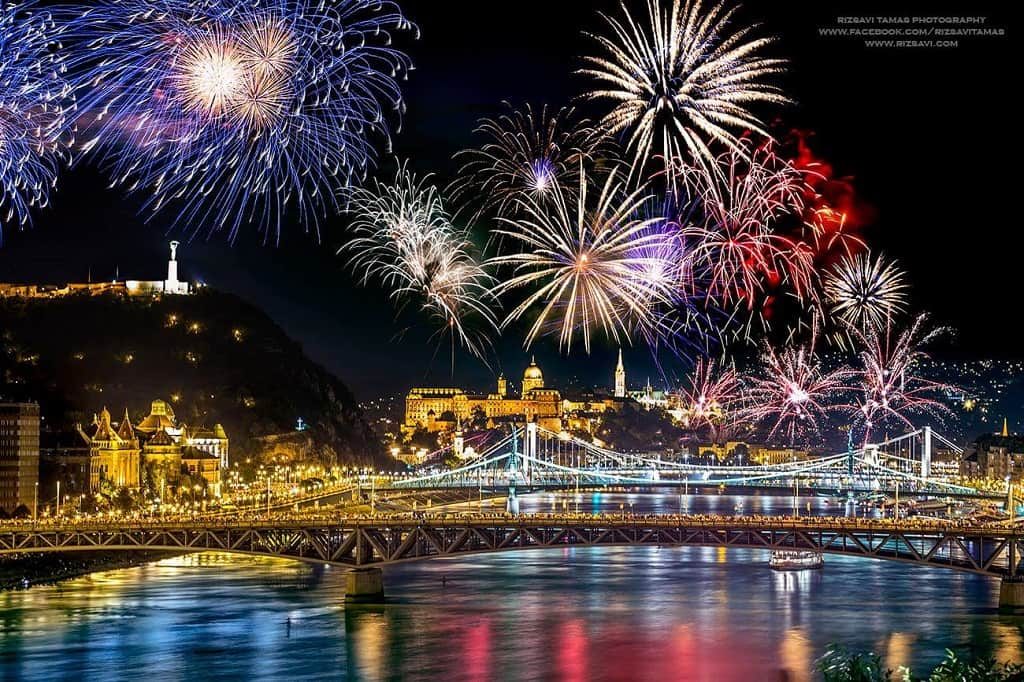 Because of the season, the 20 of August is the favorite of the National holidays in Hungary. It is close to the end of the summer, though the weather is very hot. The 20th of August or St Stephen’s day offers an all day long celebration in Hungary. On this day, we are celebrating the founding of the Hungarian State and commemorating of King Stephen I. He was the founder of the State. This day is also one of the main celebrations of the Hungarian Catholic Church, in honor of Hungary’s main patron saint. The official celebration in Kossuth Square, Budapest begins with the raising of the national flag of Hungary and the inauguration of the officers. At first, the Prime Minister of Hungary then some of the statesmen deliver a speech as part of the tradition. Visitors can see the Holy Crown in the building of the Parliament. 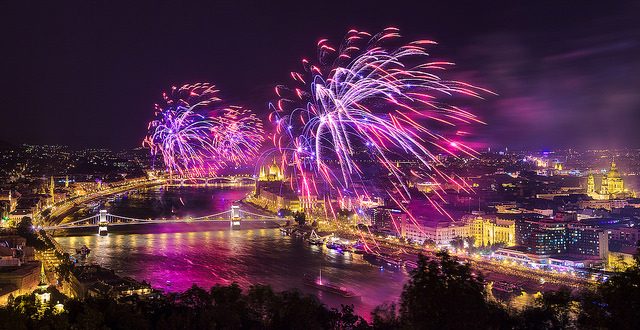 In Buda, the celebration of crafts is held and there is a presentation of the cake of the year known as Hungary’s cake. In the afternoon, there is the Holy Right procession around St. Stephen’s Basilica. The Holy Right is a Hungarian national and Catholic relic, supposedly the mummified right hand of King Stephen. This day is also the celebration of the new bread, a celebration of fertility. This celebration is related to the folk harvest festival, but it was celebrated earlier in mid-July. Since 1899 we have been celebrating the new bread with the founding of the state. But this celebration of the bread is undeniably intertwined with politics. Most state awards are handed over on St Stephen’s day, and since 2013 the most prestigious one. Saint Stephen’s order has been also distributed on this day. 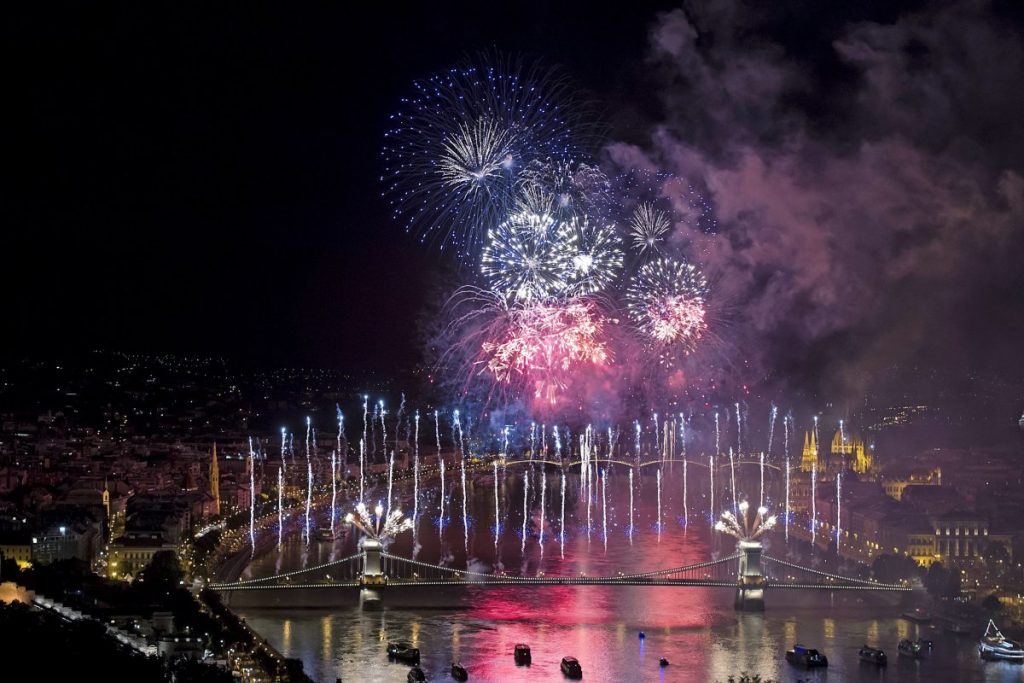 Is there fireworks on 20th of August?

The holiday is closed by the evening fireworks. Certainly, everybody has seen fireworks, but the Hungarian state pays special attention to organize this firework, which is the closing ceremony of the day-long feast. The fireworks were introduced in 1927 for the first time and were shot from the Gellért Hill. Since that it became a tradition. Each TV channel broadcasts the fireworks live, but of course, it can be viewed on the spot.
One of the most perfect spots to watch the Firework and the celebrating people on both sides of the river is to join one of our Firework dinner cruises, where you can enjoy not just the firework, but the view of the city while eating a 4-course menu and enjoying a traditional Hungarian folklore show or a live piano show. 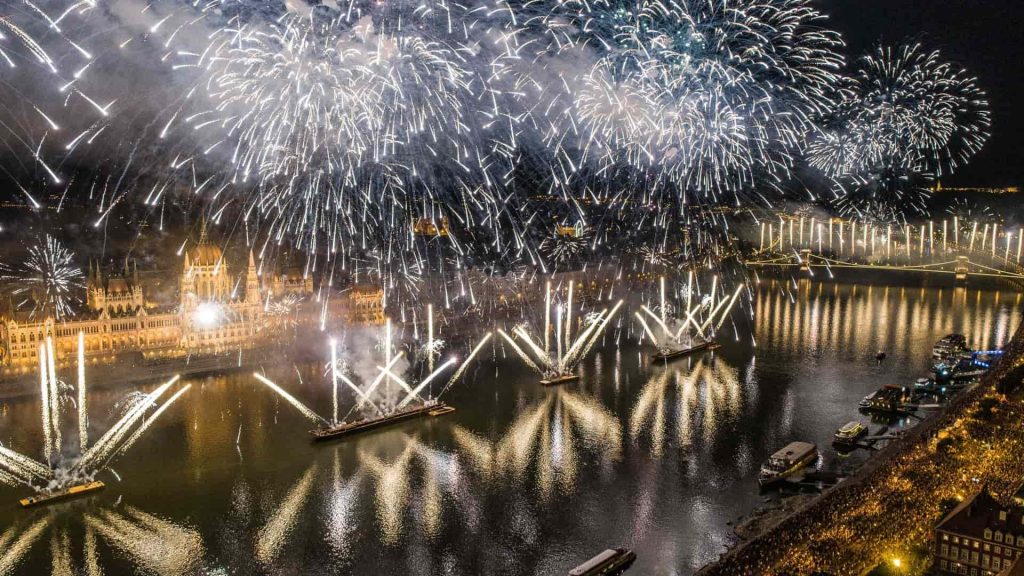 The fireworks launch site changes year after year, for example, the side of the Danube, a boat on the Danube or the Chain Bridge, and sometimes the combination of these. Budapest is always beautiful, especially when the amazing fireworks show a breathtaking view over the river. The fireworks tend to be half an hour long, while the Hungarian anthem sounds and the rockets show the colors of the Hungarian nation: red, white and green. In those moments, the whole nation is celebrating and every Hungarian is proud of his/her country.
But these moments also provide an unforgettable experience for those who do not belong to the Hungarian nation. If we can’t celebrate 20th of August in Hungary, there are various programs in each big city in the country. Just to mention one of these: the Flower Carnival in Debrecen, where we can see beautiful creations of different flowers. Or several street festivals with concerts and delicious Hungarian specialties such as Chimney Cake, Lángos etc. 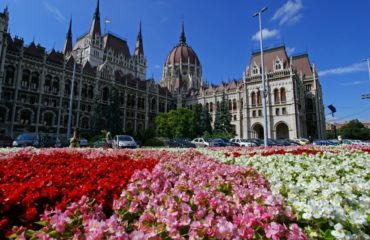 When to visit Budapest?

10 things to do on a family vacation in Budapest