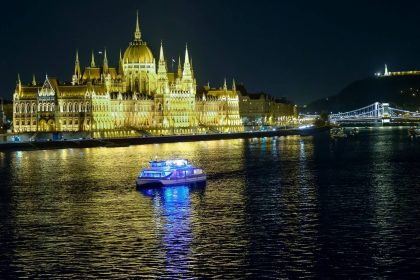 How Long Is The Danube River?

The River Danube is the second longest river in Europe. (The longest one is the Volga). Its length is approximately 2850 km. The river drains into the Black Sea, and the type of its drainage is a delta. Deltas usually consist of branches. In the ancient times, The Danube River had seven ones; at least, the great Greek historian, Herodotus said so. Now it has a northern branch, which is called Chilia, and a southern one, which name is Tulcea. This latter branch diverges two smaller ones: Sulina and Sfántul Gheorghe. This region of the river became part of the World Heritage Site. 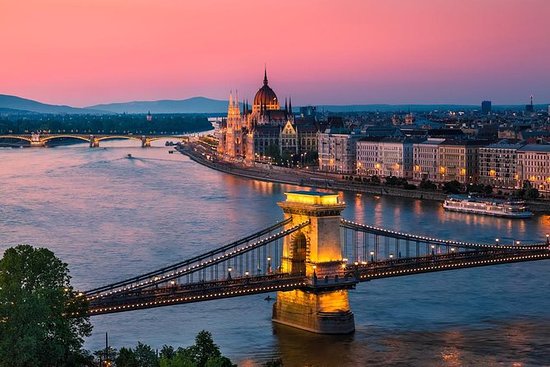 Where does the Danube River start?

It is originated from two little streams which unite in the Black Forest, in Germany. These two small streams are called Breg and Brigach. The river passes through several countries: Germany, Austria, Slovakia, Hungary, Croatia, Serbia, Bulgaria, Romania, Moldova, and Ukraine.

Significant parts of the river are in cities, where you can’t see too many animals or plants. However, some seagulls or ducks often fish from the waves. On ‘wilder’ parts of the river, you can adore lilies. Near the bank, you can find reeds, while further even trees like willows, poplars, or oaks with creepers. 52 species of fishes live in the river, such as carps or catfishes. This number is considered rather low by experts. Anyway, near the river, lots of animals live. Frogs, lizards, tortoises enjoy this natural environment. Special and rare birds like lapwing, cormorant, wild-goose, or heron can be found there, and most of them are protected. There are some backwaters of the river, and they have an individual flora and fauna. It is a special landform called carr. You can find here alders, moss, or nettle. Among the animals, water voles, mouses, otters, and beavers are also common.

This especial wildlife must be preserved, so several national parks were founded near the river in the 20th century, mostly from the 1970-s. In Hungary, we recommend the Danube-Ipoly National Park or the Danube-Drava National Park for visiting. Ipoly is in the northern part of the country, so if you stay at Budapest, you can make an adventurous trip to this national park. The Drava is in the southern region, and there you can visit the beautiful floodplain forest. Gemenc forest and its deers are quite famous.

What can we profit from the River Danube?

Besides its natural treasures, in the Hungarian history it has always played (and it plays today as well) an important role in international trade as a main ship route. The food industry uses its fishes, and we can also gain water energy from its waves. Moreover, from the ancient Roman ages, some (very little) gold could also be received from the Danube River, but nowadays this method is not profitable.

The river and the tourism

The whole part of the river is popular, but the most common regions are Wachau, the Hungarian Danube Bend, or the part called Iron Gates. In the cities, sightseeing cruises are also beloved programs, especially in Budapest, Passau, Linz, Bratislava, Vienna, or Belgrade. Sport-fans should try kayaking /canoeing on the river, especially the Tour International Danubien, which includes two-thirds of the river, and the goal is the Black Sea. The whole tour lasts two and a half months. In the allowed places, you can swim and fish. In some regions, there are also special built routes for bikers; especially in the upper parts of the river, but you can enjoy them in Hungary, too: between Esztergom and Buda or in the region of the Szigetkoz (‘island alley’, which is in the north-eastern part of the country).

The River Danube as a Muse

The river Danube has inspired lots of artists. A Hungarian Romantic writer, Mór Jókai gave a marvellous description about the Iron Gate in his novel called The Man with the Golden Touch, but you can enjoy The Danube Pilot by Jules Verne, too. Johann Strauss composed a masterpiece called The Blue Danube, which is even nowadays often played during balls. 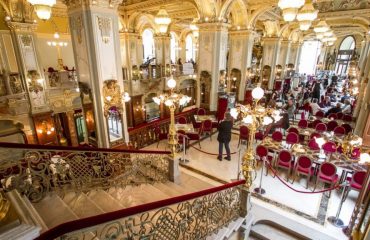 When was Budapest Parliament built?